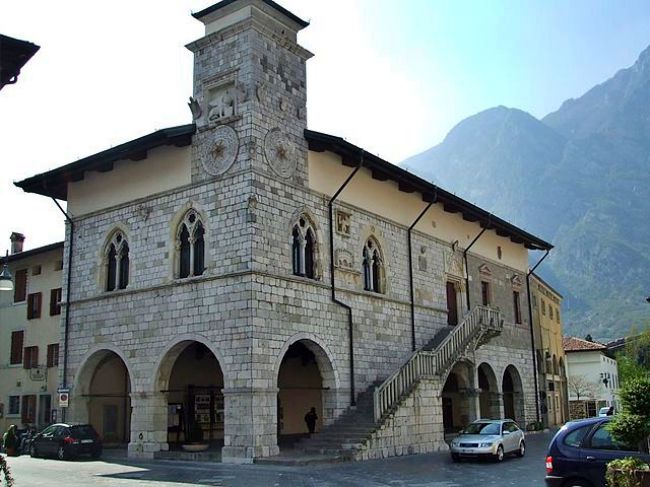 in 1965 Venzone it has been declared a National Monument.

It is the only fourteenth-century fortified village in the region and subsequently one of the most extraordinary examples of restoration in the architectural and artistic fields.

In 1976 a series of seismic events managed to bring the marvelous medieval village of Venzone to its knees, seriously damaging it, but the valor and tenacity of the Friulian man prevailed over the force of nature. The rubble was quickly removed and a reconstruction project was immediately launched which, with courage, unity, understanding and hope, wanted to erase the mark left by those terrible shocks.

After only 8 years, between 1984 and 1989, by the will of its inhabitants, the historic center of Venzone is reborn and to follow between 1988 and 1995 its Duomo, which has therefore become a symbol of the earthquake and of the re-flowering. Venzone has been reborn "where it was and as it was" and today it presents itself as an example of conservation and protection of the historical-cultural heritage and of the regional socio-economic fabric. Photo Venzone duomo By Nazzarenoagostinelli - Own work, CC BY-SA 3.0

The town of Venzone hosts every year various festivals and popular events, theatrical performances, sporting and cultural events, car rallies and motorcycle period, parades, culinary and sports competitions, cultural and creative activities for adults and children and art exhibitions in the "Palazzo Orgnani Martina" and in the "Loggia" of the Town Hall.
The Pumpkin Festival is an almost unique event due to its slightly goliardic way of interpreting the ancient chronicles of the Land of Venzone. Born almost by chance in 1991, the Pumpkin Festival animates Venzone on the fourth weekend of October each year.

For information on the village www.venzoneturismo.it 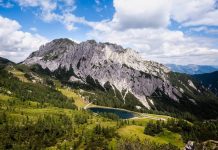