Video: Swank Rally of Sardinia with 150 riders from all over the world, bikes that have made history, famous riders and incredible routes!

The Rally ended a few days ago and we still have a smile on our face while we're talking about it. It was the 1984 when Renato Zocchi invented the Rally of Sardinia, on his return from Paris-Dakar, to allow everyone to experience a piece of that crazy race and "African mirage". In 1987, more than 1.000 people registered for the rally, including car and motorcycle participants, assistants and enthusiasts.

In 2019, thanks also to Deus Ex Machina with Filippo Bassoli (Managing Director) and own Renato Zocchi, we can go back to living a piece of history and having fun with ours motorcycle, vintage or otherwise, in the splendid Sardinia in 4 days, from 18 to 21 May.

Race day 1 - A Monza the rain tries to ruin the start but fails, thanks to theAutodrome of Monza during the event «The Reunion», Where many motorcyclists attend the early stages of the Rally which takes place in mode gentleman "Each time special for special". There are champions of the likes of Bean e Botturi, Italian and foreign pilots from the United States, Hong Kong, Switzerland, Holland… and two-wheel enthusiasts like Roberto Parodi and Ottavio Missoni. Everyone can participate with the formula he prefers: two competitive categories, the first for motorcycles up to 2000, the second for those from 2000 onwards, but ci can also register without taking part in the competition (the third category).

We are here, not without having suffered setbacks and awaited spare parts of the KTM 950, led by Marco Nebbiolo, charged and happy as a child in the world of toys, among Honda e Yamaha historical, bmw of yesterday and today, real rally racing cars and the new one Tenére 700 driven by Botturi. After the rregistration, technical checks e a short special in the tape prepared inside the Autodrome, we leave for Genoa and we embark like a herd of loaded bulls for the feast of San Firmino.

Race day 2 - Finally Sardinia, Porto Torres, but two hours late, so you hurry to leave with the sun but chased by bad weather. On the route with us there are two doctors on motorcycles, 4 × 4 ambulances ready to intervene, assistance vans, after all it is a real rally! After a few kilometers the tracks of Renato Zocchi begin to welcome us, among stones, dust and not exactly delicate passages, we let go of the gas a little and concentrate on driving. Un shy sun accompanies us throughout the day. The routes are sometimes more difficult and other parts more flowing, but the constant change of landscapes and terrain makes us immediately fall in love with this wonderful Sardinia. After 240 km, of which 30 of special stages, we arrive at gavoi, a small village in the hinterland.

Race day 3 - The third day comes the storm: we start in the rain, and the morning begins with a very difficult path for the riders of twin-cylinder bikes like mine: stones and wet sand make it difficult to manage the weight, but after a few falls we still come out victorious. After hours with rain and fog, frankly tired, we decide to cut a piece of the second part as it would have been really difficult to continue with our motorcycles and we opt for a beautiful and rustic Sardinian trattoria (this is also an adventure!). We arrive at San Teodoro in a beautiful Resort, between a beer and a few laughs with our travel companions we rest for the next day hoping for a nice warm sun.

Race day 4 - Lthe following morning, after a few kilometers of dirt road, one awaits us very special special stage! A path that combines an enduro track with a cross one: it was really hard, but the thrill of flying over the jumps with my Ktm 950 was priceless! A little less for my forks which were affected! We resume the track covering the last 150 km, which separate us from Porto Torres, finally on a full sunny day. We walk along the long dirt roads that run through the Sardinian mountains until we reach the arrival beach where a long line of motorcycles make the scenario truly unique. Award ceremony, more laughter and good times in the company of all participants and organizers. What a gorgeous ending!

The next morning we disembark in Genoa, greeting each other as a group of friends after two weeks on holiday in Sardinia, with the weariness on us that will never beat the happiness of having participated in this first edition of the Swank Rally of Sardinia. Many stories and anecdotes to tell, many new friendships, an indelible memory of wonderful days in a land that is a true paradise for enduro.

We thank in no particular order but not of importance: Renato Zocchi for the whole organization and for the tracks (and what tracks!), Filippo Bassoli and the Swank Team for the welcome and warmth with which we spent these days, Event for the Goat-X that made us run with the KTM 950 as if it were a race bike, Garmin with the GPSMAP 276CX for not having lost us among the sheep, Enduristan for the bags and backpack that not even a panzer could damage, Alpinestars for the stivali Tech 7 Enduro who saved our ankles from Renato's footsteps, AICS Motociclisimo for all their support!

See you next year, more and more, you can bet! 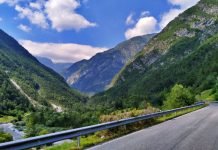 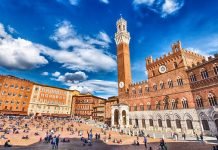