Home Events and News MotoGP and Superbike Quartararo wins at Silverstone and Aprilia back on the podium!

Quartararo also wins the Silverstone MotoGP, Rins second, Aleix Espargaro rewrites the history of Aprilia by returning to the podium.

The gap at the top widens, Rins gets back in shape and Aprilia takes the first podium in MotoGP ™ with six factories finishing in the top six for the first time since 1972

Fabio Quartararo (Monster Energy Yamaha MotoGP) unleashed all the horses he had at Silverstone. The Frenchman was in great shape to work his way up to the lead and then turbo up to win the Monster Energy British Grand Prix.

Behind him, Alex Rins (Team Suzuki Ecstar) took second place and the podium to recover from a tougher season than expected, and in third place history was rewritten: Aleix Espargaro (Aprilia Racing Team Gresini) held on to look after Jack Miller (Ducati Lenovo Team) who finished in fourth position to take Aprilia's first ever podium in the MotoGP era. Too bad for Bagnaia who finishes only in fourteenth position.

MotoGP returns on September 12 in Aragon, where the record of victories is of Marc Marquez with 6 first places, as well as one of the 5 circuits in which Rossi has never won. 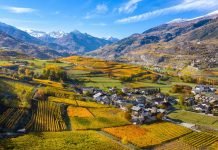