Passo Fedaia by motorbike, on the homonymous lake, takes you to admire all the splendor of the Marmolada, from which the glacier streams flow.

Passo Fedaia, connects Canazei to Rocca Pietore and is close to other even more famous passes, such as Passo Giau, Passo Falzarego and Passo Pordoi.

The peaks in the lake

The road that connects Canazei to Rocca Pietore is a real spectacle, especially when driving in the early morning between the peaks of the The Dolomites. Along the way there are many areas where you can stop to take numerous photos, rest or eat something in the cool of the trees.

There are as many bars and shelters, especially near Lake Fedaia, which is very busy in summer. Unmissable souvenir shops and shots on the shores of the lake, in which the imposing peaks of the Marmolada are reflected. The cuisine of the various shelters is excellent but not very cheap.

Marmolada is the highest peak of the The Dolomites and during the First World War it was the scene of very hard battles. Both armies dug their tunnels to defend and attack even inside the glacier.

In summer, you must also pay close attention to the numerous cyclists, pedestrians, buses, which crowd the road. Better to go out of season or early in the morning or before sunset, a true spectacle of colors and lights on the Dolomite peaks.

Discover the others itineraries dell 'South Tyrol and Venetian. 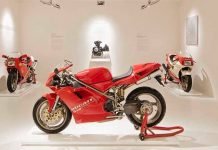 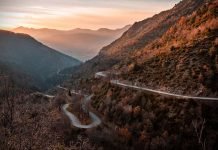