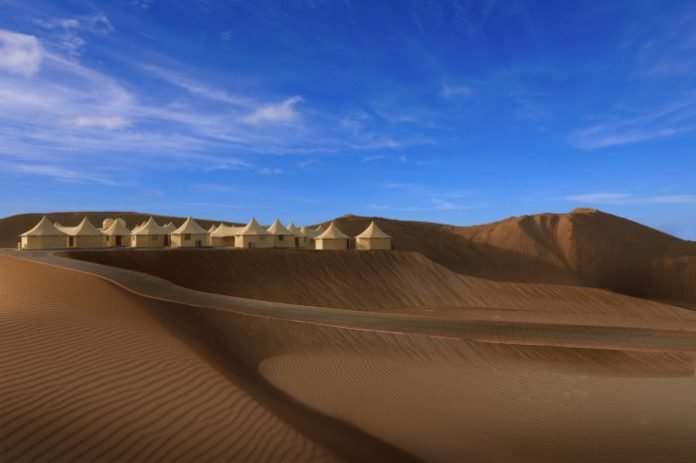 The Sultanate of Oman is an incredible one of unspoiled landscapes and authentic hospitality. Discovering this country on a motorbike will open your heart.

Golden dunes that slide into the sea, souks with intoxicating scents and colors, declared historic sites UNESCO World Heritage Site, high cliffs that plunge into the ocean. Always a land of travel and commerce, already mentioned by Marco Polo in the "Million", Oman is a safe country, welcoming, open but tied to its ancient traditions, which has a lot to offer, from landscapes, to nature, to activities. 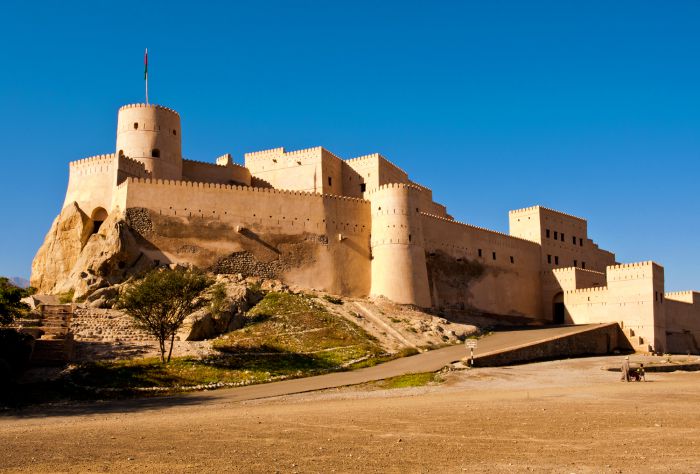 Starting with the lively capital Muscat, with the rich museums, the ancient houses gathered within the walls, the port where fishermen gather on traditional dhows and the Royal Opera House from all over the Arabian peninsula. It will be a real thrill to set out to discover the villages in the mountains, the Bedouin villages, the "way of incense", With i strong that dot the landscape like huge sand castles, perhaps spending the night in a camp in the desert under the stars. And then enjoy the natural pools wadis, magnificent beaches and pristine dive sites. Nature reserves where you can admire different species of turtles or swim with dolphins, the cultivation of dates and the collection of rose petals that perfumes the air and dyes the landscape with delicate shades.

A journey of discovery awaits you, in a hospitable land that will make you savor all the taste of a a world that lives suspended between Africa and Asia.

Oman it is the third largest country on the peninsula after Saudi Arabia and Yemen, it differs from the other Gulf Emirates, not only in size, but also in its southern position and its opening towards the ocean. Its deserts and mountains act as formidable natural barriers, drawing a sharp topography but of incomparable beauty. The huge sand belt that makes up the Rub Al-Khali desert known as the "empty quarter" marks the natural border with the South of Saudi Arabia. Two mountain ranges bounded by two flat coastal strips separate Oman from the other neighboring states: one extends north of Muscat, bordering the United Arab Emirates and the other extends south, around the city of Salalah, near Yemen.

In motorcycle: Oman offers all of us motorcyclists a real playground, made of asphalted roads, Strade Bianche, dunes, beaches. From the sea to the mountains, you will be amazed by the variety of landscapes you will encounter and by the emotions that will remain tattooed on you. Anyone can find their travel dimension, from Fly & Ride to short excursions in the desert; sleep in tented camps or in luxury hotels; traveling alone, with friends or with family. Hospitality is such that it is enough to simply ask and every wish will be granted.

Desert: the sand desert (Rub al-Khali), the Sabkha (salt lake of Um Al-Samin) and the hamadas, that is the rocky desert of Jiddat el Harassis and the dunes (Wahiba sands), in the region of Sharqiyah, territory of the Bedouins, in which it is located the largest petrified sand region in the world.

Natura: following the precepts of the Koran, hunting is forbidden in the Sultanate as all animals deserve good treatment. This made it possible to save millions of specimens of turtles in the Arabian Sea, concentrated in the Ras al Jinz reserve, in particular, to be visited during the spawning period, which starts at the end of summer and ends at the end of November.

When to leave, travel times: the best time to visit Oman is from October to the end of April, when temperatures are around a range between 25 ° and 30 ° C. Summer, due to the high temperatures, can be a travel period not recommended for children and the elderly, but also for those who want to try the experience of living the desert. To those wondering how long a trip to Oman should last, it is good to point out that the distances are considerable and that a trip must be planned according to the regions you wish to discover. Those who want to concentrate only in the region of the capital Muscat can organize the week-long trip and easily have time to discover the coast, the mountains of the Hajjar massif and the Wahiba Sands desert. Those who want to dedicate themselves to a tour of the country, crossing it from north to south and covering about 1.000 km, will need at least twenty days, unless they want to take advantage of the internal flights to Dhofar or Musandam: in this case, a dozen days are enough.

Weather: Oman is divided into three climatic zones: in the north and east the climate is Mediterranean, while the south and west enjoy a tropical influence with the arrival of fresh air brought by the winds of the Khareef season, which goes from June to September. A desert climate prevails in the center of the country. Oman enjoys two seasons: an eight-month summer (March to October) to a four-month winter (November to February). Winter is characterized by daytime temperatures between 25 ° and 30 ° C on the coasts and in the plains, between 15 ° and 25 ° C above 1.800 m. Summer, on the other hand, is characterized by a great difference in climatic terms between the north and the south of the country. The southern region of Dhofar has summer temperatures ranging between 25 ° and 30 ° C, with high humidity and more pronounced sea currents. In the rest of the country, from May to September, temperatures exceed 40 ° C and everywhere the very high humidity intensifies the sensation of heat, in Muscat and on the coast in particular.