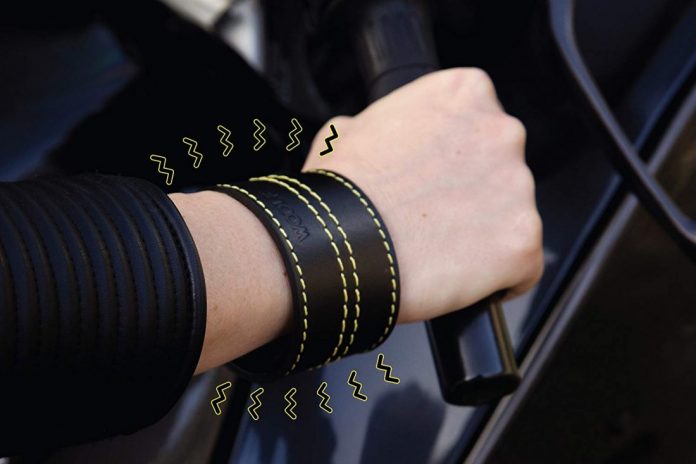 We discovered it at MBE in Verona, we were really curious about it and we tried it for a long time for you. there WOOLF, the first bracelet anti fines for motorcyclists who vibrates on your wrist to report speed cameras and tutors! 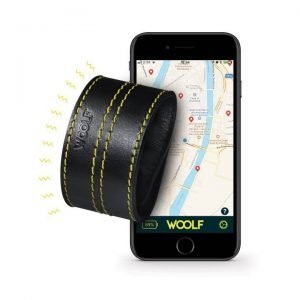 Woolf is a trendy bracelet in excellent leather and yellow stitching (in our case) available in different colors and sizes. To the touch you immediately notice the high quality of the materials used and the thickness (not really thin) of the vibration alert device that goes under the wrist. Combined with the consistency of the bracelet and the velcro we must recognize that it is not really an easy bracelet to wear under an all-leather bracelet with gloves racing, but probably less could not be done. However, being adjustable with a velcro, it can certainly be adapted to any circumference and positioned where it is best felt along the wrist / arm.

Let's get to the point: the pairing via Bluetooth with the phone it was not immediate (3 attempts) but subsequently we did not encounter any problems, he was always connected all the travel time and during the stops, even after turning the application off and on again several times. The application runs in the background a screen off, therefore, the battery consumption of the mobile phone is reduced, compatibly with the higher consumption linked to the always active GPS. For safety, every now and then, also take a look at your phone, just to avoid being "on foot" and understand how much your GPS consumes.

We have tested it since Milan, and it immediately started to vibrate, near the urban detectors. From the settings you can decide as soon as possible to report the "danger". Being a proximity detector it must be pointed out that it also signals detectors in the opposite direction of travel, after all you cannot have everything: better one more than one less, maybe it will be used to remember it on the way back. Along the first stretch of the motorway he reported all the tutors, both in our direction of travel and in the opposite, but that's okay. Credit goes to the vibrating device: I drive a 2016 Harley Softail, which, although recent, still retains some stars and stripes vibrations, but at 130 km / h the WOOLF vibration was still perceptible. Obviously it is not the highway that worries us, but the state and the countries, so no doubt about its warning capabilities at lower speeds / vibrations. 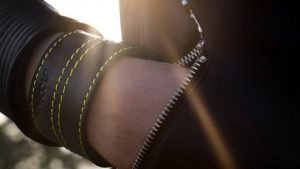 We then went out in the direction lakes and Alpine arc, village after village, we had a “vibrating” pulse at every orange column, at every traffic light with camera and every now and then where there was nothing (certainly frequent mobile stations). We tested the device in some points of the French Alps and of the Swiss stretch (where we still went respecting all the limits) by activating the countries individually from the settings (it covers over 70 countries in the world).

The package contains the charging cable and instructions. The bracelet has no power buttons, it remains practically always in stand-by but with a very low consumption. We tested it for two full days, leaving it charging for only a couple of hours in the evening, and it never discharged. In any case, the dedicated app indicates the remaining battery percentage of the device.

In conclusion I can honestly say that, despite what I thought seeing him, I was pleasantly impressed by Woolf, because it worked well and accurately all the time, without consuming too much battery (own and cell phone) and allowing me to drive more peacefully on the roads I don't know.

The suggested retail price is 139 €, in my opinion an investment that well protects against fines that are much higher and dangerous for the driving license.

Don't miss out on the ITINERARIES and VILLAGES most beautiful in Italy, EVENTS and NEWS and TRAVEL di Moto Excape!