Colle della Fauniera by motorbike: a single itinerary to discover four valleys of the Cuneo area and savor the best dishes of the region.

On our motorcycle tour in the Italian Alps we passed a lesser known but fascinating pass, one of the highest in the Italian Cottian Alps, in Piedmont.

Colle della Fauniera connects the Stura di Demonte and Grana valleys in the Province of Cuneo.

Our itinerario starts right in Stura valley, more precisely from the town of Demonte. The road, winding, narrow and with some patches, catapults us into an uncontaminated corner of the high mountains where flowers, wild animals and clean air are the masters. We advise to be very careful during the ascent and descent due to the numerous cyclists present during the summer period.

The pass is in fact very well known for those who ride: arrived on the Colle della Fauniera (2511 asl), you can admire the monument that celebrates the memorable stage dominated by the "Pirate" Marco Pantani, in the tour of Italy in 1999. Here I recommend to park and, with a short walk of 5 minutes, to reach the top of the mountain in front.

After this stop at the summit, turn off to Val Grana towards the country of Castelmagno, famous for its DOP cheese and for Sanctuary of San Magno. Our journey continues with the Colle d'Esischie (2370 asl) which will take us to Maira Valley. Crossed the Marmora bridge, we resume the climb towards the Val varaita crossing the Sampeyre pass (2284 asl). At this point of the itinerary, you can decide whether to conquer the summit of the Colle dell'Agnello (2744 asl) or head towards the plain.

The Colle is often improperly known as Colle dei Morti, as, just beyond the hill there is the Deep Valley of the Dead. Its name is due to the many soldiers who died in a bloody battle of the war of the Austrian succession, when in 1744, the Franco-Spanish, passing through the planes of the Bandia, crossed the Colle Valcavera to head in vain to besiege the city of Cuneo.

Remember to fill up with petrol upon your departure since, for a hundred kilometers, you will be immersed in the green of the mountains without petrol stations. On the other hand, throughout the route there are numerous shelters where you can taste the succulent specialties of the area, including the beautiful Carbonetto Refuge, in the Vallone dell'Arma, with restaurant and bedrooms. For more itinerary variations try this one 11-step ride in 48 hours! 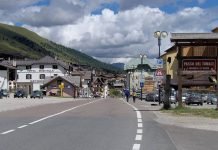 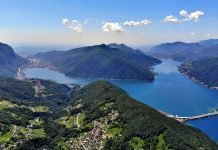