An itinerary to discover the Italian history of motorcycles, Ducati and engines in the region of the Motor Valley, Emilia Romagna.

Our tour begins in Porretta Terme, the town where DEMM was born in 1928 (from the founders Daldi and Matteucci Milano). Famous motorcycle produced by DEMM was the Torpedo, whose specimen is exhibited inside the museum and which was famous for the results obtained in the mountain championships in the early 2005s. It was in XNUMX, thanks to the passion of Giuliano and Mosè Mazzini, that the museum opened its doors with the aim of bringing to everyone's memory the name and the victories of the historic motorcycle factory. Entrance to the museum is by reservation.

In addition to the museum, we recommend a visit to the Terme di Porretta and the historic center of the village that houses: the Church of Santa Maria Maddalena, the Sanctuary of the Madonna del Ponte, the Castello Vecchio (or Castello Manservisi), whose original structure dates back to the XNUMXth century while the current neo-gothic forms date back to rearrangements of the nineteenth century. 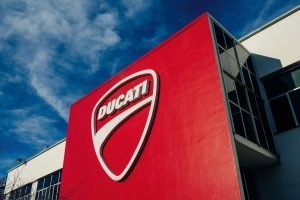 Starting from the Apennines towards Bologna, you reach Borgo Panigale, a footprint known to all the world for its factory Ducati and its Museum, which has now also become multimedia (Ducati Multimedia Museum). The Ducati Museum is one of the four most visited museums in the city of Bologna and so far boasts more than 650.000 admissions since 1998. Renovated on the occasion of the Company's 90th anniversary celebrations, it is set up and built so that each motorcycle is displayed as a true work of art. In addition to exploring the Museum, it is possible to book a guided tour of the factory, to see how a Ducati is born.

After Bologna, in the direction of Modena and then Reggio Emilia, we come to Guastalla (RE). The small town houses the museum, founded by Emilio Bariaschi, dedicated to motorcycles that were the protagonists of mass motorization between the end of the Second World War and 1965. A collection capable of recounting the roaring years of motorcycling in Italy. Emilio, passionate motorcyclist, in wanting to share his motorcycle collection has created a real jewel. Visiting the museum without him means losing a lot of important information about the exhibits. Among these, that of a motorcycle that the owner built by combining a BSA “three rifles” bicycle frame with a “puppy” engine from Siata.

That immediately after the war, the Monza racetrack was used for the storage of war remnants managed by the ARAR. So the Via Emilia became the best "circuit" where you can push cars and motorbikes to the limit. For this reason, many pilots, mechanics, workshops, trainers moved to Emilia, unknowingly laying the foundations of today's “Motor Valley”.

In this regard, we recommend a gastronomic stop at the Ballarini Brothers, a famous restaurant along Via Emlia on the outskirts of Bologna, where the unique flavors of the area have reigned since 1923.