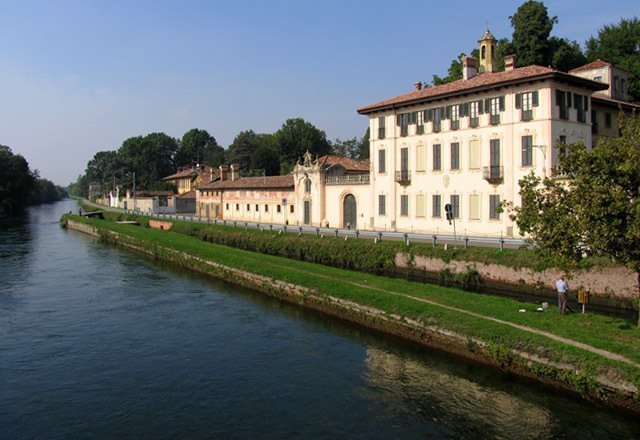 Cassinetta di Lugagnago is a perfect destination for discovering the historic streets and villas between Ticino and Naviglio by motorbike, a few kilometers from Milan.

A goal to reach in motorcycle, scooter and also by bike. Between the Naviglio and the Ticino, we find the historic Municipality of Cassinetta di Lugagnano, located on the banks of the Naviglio Grande, famous for its humpback bridge that connects the two villages and for the noble residences on the Naviglio, which belonged to the most important Milanese families, such as Trivulzio, Visconti, Mantegazza, Castiglioni, Parravicini.

Here are some of the most interesting villas to visit

The church of Santa Maria Nascente and Sant'Antonio Abate and the oratory of San Giuseppe, built in 1742 as a chapel linked to the villa Castiglioni Nai Bossi.