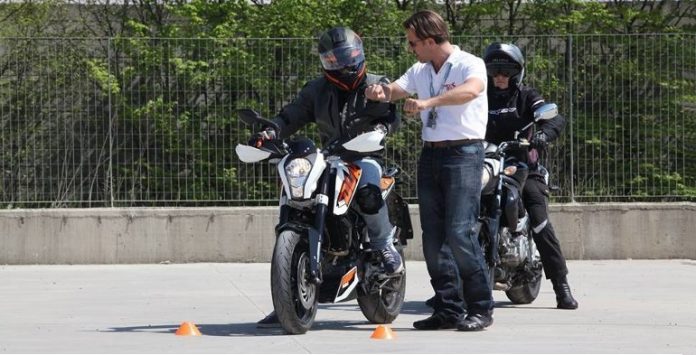 Road safety starts with itself. Here's how to better ride your bike on the street with Claudio Conte's one-to-one courses.

The dangers are increasing more and more between cell phones, holes, obstacles and much more, but sometimes we are too, overestimating our abilities just because we have been driving for a lifetime. 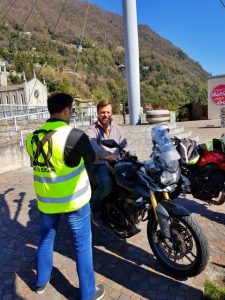 We then decided to go back to school, with Claudio Conte, founder of the association "Safe Urban Driving". GuidaSicuraUrbana.it is the pilot project for the dissemination of safety on the road of the non-profit association Progetto Sicuri in Strada. Claudio is instead an excellent one pilot, test and especially Istructurer. We make this choice to test ourselves and see what it really teaches, given that today the offer is vast and the internet often confuses us and sometimes betrays us.

Question: Would you pass the driving license theory exam or a grammar exam today? I honestly don't and I think it's the same when driving. We recline, we get comfortable as on the sofa, we do it with addiction and the level of guard goes down, not only for what surrounds us but for how we do it.

We then went to Lake Como, to have one of our readers take the road course, precisely in order not to be biased and to have his feedback without filters.

We were there only at the start to attend the briefing and to see Claudio riding theinterphone on Giovanni's helmet, precisely because the course one to one is a full immersion curve after curve, with corrections "live”So that they cannot be forgotten and so that they can be applied immediately. 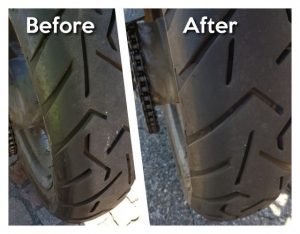 I followed them for a few corners, at a normal pace of someone who already knows how to ride motorcycle, but seeing them return that left me, let's say thrilled, especially when I saw Giovanni's rear tire compared to the photo taken at the start and in particular his smile when he told me "A world has opened up to me".

What happened Giovanni tells us directly.

"The bike, according to Claudio, is a tool that should never be underestimated, because as soon as you let your guard down it punishes you, because you never tame it: you have to control it, meter after meter, curve after curve, with the right postures, the right ones driving dynamics, learning to know and recognize the right trajectories and the correct movement for what you are about to perform. The fun on the bike passes from the awareness of the dangers that are run and that control can only be achieved with the right technique and attention.. "

"I'll give you the my example: I didn't feel the bike, I had this sense of "floating" and I was thinking of stiffening the shock absorbers, victim of the thousand tips and posts read on the net: the curves felt bad and I set them even worse. Now, after three hours of proper driving, I felt like I was riding another bike, more solid and stable, more "on the track", but it wasn't the suspensions or anything else that made the difference, but the application of everything Claudio told me while I was driving. All the things I thought I was already doing, from position to movements, from braking to trajectories, either they were wrong or I didn't do them at all. "

In practice, I who write to you, now I find it hard to keep up with him, and not for the speed but for what he has learned: now he sets the hairpin bends, and not only, in total safety and with a fluency that I admit to envy . 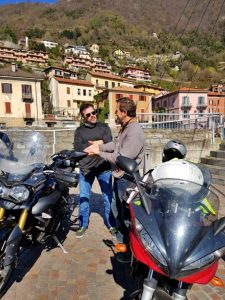 "The course transmits and infuses you with the "mantra" of the motorcyclist, based on 4 fundamental points, to be repeated mentally and physically until they become automatic and natural gestures. Claudio Conte, in its one to one courses, it literally allows you to know and understand your bike from when it is off on the stand to when you come back and put it back on the stand. It leads you on the roads that maybe you intended to do (panoramic with hairpin bends and breathtaking landscapes) or that you have already done several times, discovering how driving and experience change with the necessary precautions and technical advice. "

The dynamic method applied by Claudio takes on a much higher value than the average or compared to group courses, both because in four hours of individual course there is a unmatched level of mutual attention, moreover the system of interphone allows you to react and learn instantly while retaining one decidedly more indelible learning memory. Furthermore, the acquired technique allows to assume a driving position, dynamic and static, which allows to have less muscle and postural discomfort, earning it in terms of less fatigue and consequently travel and grind kilometers with fewer problems.

We thank Claudio Conte for his availability and in particular for the professionalism with which he put a new motorcyclist on the road. We also thank Guida Sicura Urbana for the constant commitment in training for experienced drivers, newbies, women and children, on the road, in the city and on the track and in raising awareness of active and passive road safety.

Finally, we remind you that the courses are on request, customizable, at an affordable cost and that security is the best investment you can make. For more information safeurbanaguide.it. 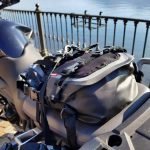 PS: For a day walk, do not load up with luggage and unnecessary weight, often the essentials are enough in a small bag on which to tie a jacket and easy to carry with you. We with the SW-MOTECH Drybag 80 we got along perfectly and it can also be attached to the Big Twin paramotors.

Julier Pass or Passo del Giulio - Curves all year round