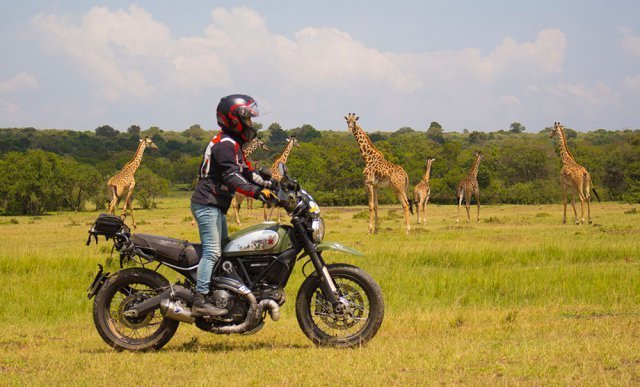 The adventure received the Spanish Geographical Society award as “The Journey of the Year 2018”, personally delivered by the King of Spain during an official ceremony.

Alicia Sornosa donated 5.000 euros raised with this trip to a humanitarian NGO operating in Africa. 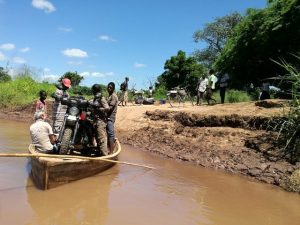 Alicia Sornosa, an adventurous Spanish motorcyclist, has traveled 15.000 km on her Scrambler® Urban Enduro, crossing the backbone of East Africa. The trip, which Alicia carried out for solidarity purposes, started from Addis Ababa, Ethiopia, and crossed Kenya, Tanzania, Malawi, Mozambique, Lesotho, up to South Africa in Cape Town.Many adventures and emotions, which have allowed Alicia to live an incredible experience and to complete a demanding but rewarding journey, drawing attention to the problems that unfortunately afflict the African continent. Alicia's feat had a strong echo in Spain, so much so that it was awarded by the Spanish Geographical Society as "Trip of the Year 2018", an award personally presented to her by King Philip VI of Spain, during a public ceremony. 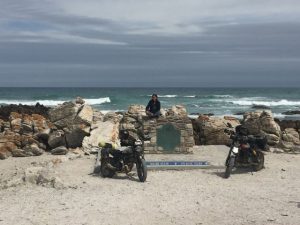 Alicia traveled the 15.000 kilometers in the company of another great Spanish traveler, Polo Arnaiz (already protagonist of the world tour in motorcycle in 2013-2014), also riding a Scrambler®, to be exact a Desert sled. The bikes tackled and overcame the route in a great way and, apart from the mid-course tire change and two punctures, they had no other inconvenience or technical problem, allowing them to reach Cape Town and successfully complete the adventure.The purpose of the trip was also to raise funds and, once she reached her destination, Alicia was able to donate 5.000 euros to a humanitarian NGO operating in Africa (Amigos de Silva) and make this great motorcycle experience even more “special”.