Ducati presents the new V4 Granturismo engine for the next generation of Ducati Multistrada which will be presented on November 4, 2020.

It will exclusively equip the new Multistrada V4 which will be presented on Wednesday 4 November 2020. The V4 Granturismo has been developed for maximum smoothness of operation and is characterized by record-breaking maintenance intervals. Compact and light, performing, rich in torque: an engine designed for "adventouring" use but capable of giving great emotions and sportiness.

The doors of a new era officially open in Borgo Panigale with the presentation to the public of the new Ducati V4 Granturismo engine, the engine that will equip the long-awaited new generation of Ducati Multistrada that will be presented to all enthusiasts on Wednesday 4 November.

A compact and light, performing engine, rich couple, designed to meet the needs required in "adventouring" use without neglecting emotion and sportiness.

Made with advanced technologies and the best materials available to ensure great durability and reliability, the V4 Granturismo boasts intervals of maintenance ever so high for a motorcycle engine and was born to be the heart of one motorcycle performing and dynamic. Ready to travel the world with its owner.

All the technical choices made during the development phase of the V4 Granturismo project have the aim of guaranteeing the maximum fluidity of operation combined with a substantial extension of maintenance intervals.

The new distribution includes a spring-loaded valve return system, which made it possible to carry the maintenance intervals of the V4 Granturismo at 60.000 km. This result was achieved thanks to materials, treatments and technical choices developed for the desmodromic system which, applied to a spring valve return system, which stresses the components less than the Desmo, has made it possible to reach a goal never reached before by a motorcycle engine. In addition, the spring-loaded engine ensures great regularity of operation at low revs and low loads, without forgetting the absolute performance, the power at highs and the extension of an authentic sports engine: The V4 Granturismo delivers a power of 125 kW (170 CV) at 10.500 rpm, and a maximum torque of 125 Nm (12,7 Kgm) at 8.750 rpm. All this respecting the limits of homologation € 5.

With its 66,7 kg weight, the V4 Granturismo can boast a record lightness, being 1,2 kg lighter than the Testastretta twin used on the previous Multistrada 1260. The displacement of 1.158 cm3 was chosen as the perfect meeting point between performance, lightness, and dimensions of a V4 engine capable of being incredibly light and compact. Compared to the previous generation engine, the V4 Granturismo is 85mm shorter, 95mm lower and just 20mm wider. These measures have allowed Ducati engineers to insert the engine inside the frame more effectively and centrally in order to positively influence the position of the bike's center of gravity, with all the ensuing benefits.

The V4 Granturismo also inherits some elements derived from the experience gained by Ducati in the world of racing, such as the choice to adopt a counter-rotating crankshaft, which improves the handling and agility of the bike, and to exploit the "Twin Pulse" technology, capable of offering a full-bodied but perfectly manageable supply at all regimes.

To avoid drops in thermal comfort due to the heat transmitted by the rear cylinders, the V4 Granturismo adopts the deactivation of the rear bank to a minimum. In this way, when the bike is stationary, the rear bank is deactivated, blocking the combustion process in the cylinders and thus improving the thermal comfort of the rider and passenger thanks to the lowering of temperatures with the simultaneous reduction of consumption.

So see you on November 4th to see the new Multistrada with this engine bomb! 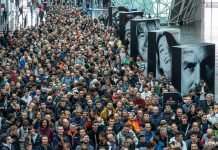 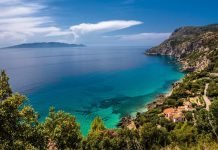 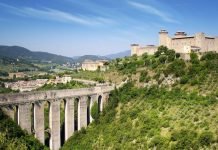