The charity motorcycle event with thousands of motorcyclists will also be held this year in Turin on the last Sunday of September.

Hundreds of bikers dressed in gentlemen's clothes, on board of motorcycle cafe racer, classic and historical will come together Sunday 29 September in all major Italian cities, from Turin Palermo for a good cause: Raise funds for men's health, in particular for prostate cancer research and suicide prevention.

Il Distinguished Gentleman's Ride, this is the name of the most elegant race on the world motorcycle scene, was born in 2012 in Australia from an idea of ​​Mark Hawwa: the initial aim was to unhinge the stereotype of the noisy and outlawed motorcyclist by creating a connection between the most exclusive motorcycle communities that share the same way of interpreting the bike, but the success of the first edition was such as to push the founder to consider the idea of ​​using the a manifestation has been conducted a supporting a good cause.

So, thanks also to partnership with the non-profit Movember, the DGR today raises funds for the research against prostate cancer, which every year in Italy records about 35.000 new diagnoses, and for the suicide prevention (3 out of 4 suicides in the world concern men).

The event includes the participation of centaurs dressed with monocle, fashion trimmed mustaches, silk suits, shirts and tailored garments, aboard Cafe 'Racer, Bobber, Classic, Tracker, Scrambler motorcycles, Old school chopper, Modern Classic, Sidecar, Classic Scooter, Brat Styled: a fun and colorful community that will parade through the streets of the city giving life to a unique show of its kind.

The event is promoted in all cities by volunteers and is organized in Turin by the association “DapperRiderSociety - DRS”, supported by the Mosaico Events agency.

La participation Distinguished Gentleman's Ride is participation (but registration is mandatory) and bikers are welcome to make a donation for the cause, as well as actively engage in supporting fundraising goals by inviting friends, family, colleagues to donate through the official page. In the last edition, over 6 million dollars were raised worldwide.

We invite you all, bikers and not, to join this colorful party, for a good cause! For more information www.gentlemansride.com. 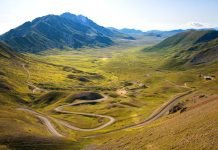 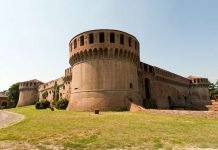 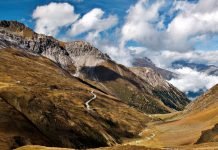