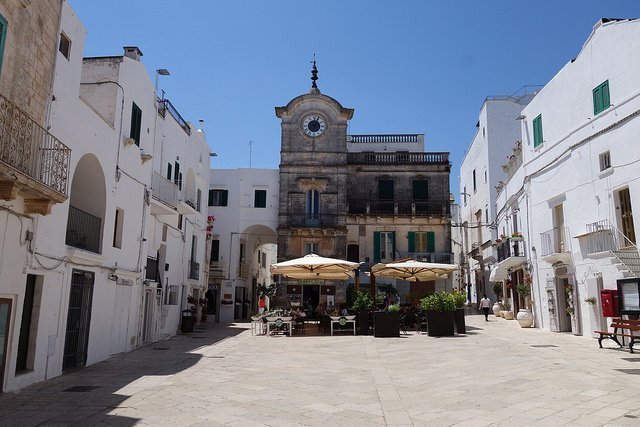 Overlooking the Itria Valley, in the so-called Murgia dei Trulli, Cisternino is 46 kilometers from Brindisi, not far from the Adriatic coast.

The tower of Porta Grande or Norman-Swabian, on the top of which stands the statue of San Nicola, was the main entrance to one of the Villages most beautiful in Italy. Photo by rinocasulli, pixabay license.

NOT TO BE MISSED

In the center it is possible to admire the historic houses, from the Governor's palace, a beautiful example of the Baroque in Puglia, to the sixteenth-century episcopal palace, from Palazzo Amati to Palazzo Lagravinese, to Palazzo Ricci-Capece with the Torre del Vento. Further on, the convent of the Capuchin monks appears with the church of Sant'Antonio, the Church of San Quirico and the Matrice dedicated to San Nicola di Patara, built in the fourteenth century on an early Christian church. 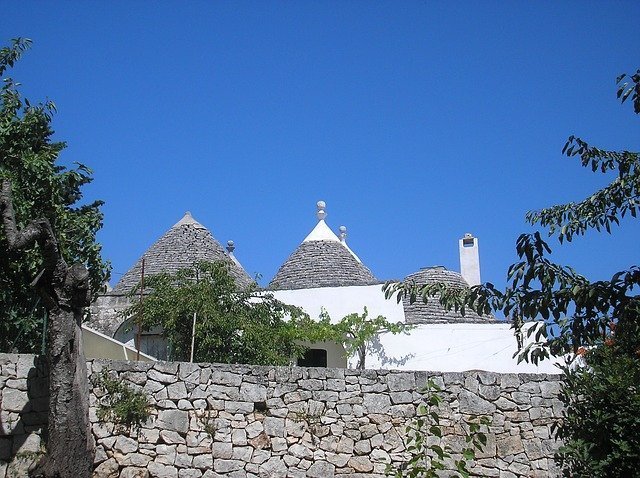 The alleys softened by flowered balconies and whitewashed houses are inebriated by the inviting smell of meat cooked on the grill according to tradition in the typical wood-burning oven. Cisternino, in fact, is famous for its "ready stoves", that is butchers with oven and rooms where you can enjoy the "gnummareddi", the livers, or the delicious bowls prepared with simple slices of veal in the company of a good glass of wine. stuffed with caciocavallo, rolled up and skewered.

If, on the other hand, you want to do other tours in the surrounding area, go and discover the beautiful Salento and its tropical beaches.