Ducati, historical name of Italian motorcycling, synonymous with motorcycle two-cylinder sports cars.
BRAND HISTORY
The “Ducati Radio Patent Science Society” was founded in 1926 by Antonio Cavalieri Ducati as a company specializing in the research and production of technologies for the radio broadcasting industry. In 39 the optical section was born with the collaboration of the Optical Institute of Firenze and, during the Second World War, Ducati was forced to convert civilian production to military use. In 1946, at the end of the war and at the request of the IRI (Institute for Industrial Reconstruction), the motorcycle department was born with the aim of producing the “Cucciolo”, a 48 cc single-cylinder engine to be applied as an auxiliary propulsion system to bicycles.

DISTINGUISHING FEATURES
It was 1935 when the Ducati factories were built in Bologna in the famous Borgo Panigale district. In 54, the company was split into “Ducati Meccanica” and “Ducati Elettrotecnica”: the former would be involved in the production of motor vehicles while, the latter, continued the path initially undertaken by the historic Bolognese family. Also in 1954, the engineer Fabio Taglioni was hired who in 56 created the first Ducati engine with a Desmodromic valve return system, linking the Bolognese company to what is still today the symbol par excellence of all their engines: the Desmo . Until 1984, Taglioni himself will deal with over a thousand projects between motorcycles and engines, developing technologies still used today by every motorcycle that bears the Ducati brand.
In 1975 the company passed under state control and was sold to VM Motori from which it was exploited to produce diesel engines while the Japanese competition made impressive numbers in the production of two-wheeled vehicles. Motorcycles were not a priority and sales dropped by over 60% reaching only 2000 units sold in 1984. The state management gives a stop to competitive competitions, putting the future of the company that promoted its image thanks to sporting successes at risk . The early 80s marked the agreement between Cagiva and Ducati, with Cagiva maintaining control until 1996, the year in which the Texas Pacific Group bought 51% of the shares, guaranteeing Ducati 10 years of strong investments in competitions, which led to to the sensational and unforgettable successes in Superbike which spurred sales. The same group buys the remaining 49% of the shares in 1998, changing its name to “Ducati Motor Holding SpA”, organizes the first edition of the acclaimed WDW and inaugurates the new Ducati Museum. After several steps, in 2012 it comes
announced the acquisition by Lamborghini Automobili SpA and, subsequently, the integration into the automotive group under Audi AG.
History has given Ducati an infinite number of successes in the world of racing: the first appearances date back to 1956 while two years later came the first victory at the Belgian GP in the 125 class with Alberto Gandalossi. In '60 Ducati also shows up in the 250 cc and gets in his
first points thanks to Mike Hailwood; in '71 Phil Read takes care of it but, this time, in the premier class. In '78 Hailwood obtained the world title in the Forumula TT World Championship. 1988: the Ducati 851 debuts in what will be the SBK World Championship with Marco Lucchinelli; until the
2016 achieved 17 constructors' world titles and 14 drivers. Among the well-known names that have led to the success of the brand there are sacred monsters such as Pierfrancesco Chili, Troy Corser, Régis Laconi and the immense Carl Fogarty, better known as "King Carl" thanks to the 4 titles won with the 916 and subsequent versions . The successor of Fogarty, the Australian Troy Bayliss, does not prove to be less and continues the string of successes for the Borgo Panigale house. Today, after a few years spent implementing the qualities of the Panigale, Ducati's dominance is making itself felt again thanks to the qualities of the monstrous Panigale V4R brought to the top step of the podium by Alvaro Bautista. Participation in the first championship MotoGP instead it dates back to 2003 with Loris Capirossi and Troy Bayliss with a specially designed bike that takes the name of “Ducati Desmosedici”. We have to wait until 2007 to see Ducati win their first MotoGP world title and Casey Stoner earn his first world title.

ICONIC MODELS
The 125 Desmo 1956 GP is the first bike with desmodromic distribution applied to a motorcycle engine; in the 70s the twin-cylinder was developed for the 750GT and, at the same time, one of the most successful models was the Scrambler equipped with single-cylinder engines of 125, 250, 350 and 450 cc. The '750 74SS is the first Ducati with a 90 ° L-engine; the 1986 Paso is the first motorcycle with fairing and is designed by Massimo Tamburini. Follows the 851 of 1987 which becomes the progenitor of the modern 4-valve liquid-cooled. In 1993 the Monster arrives and in '94 the 916 which will be followed by the relative evolutions called 996 and 998. In 2002 the 999 comes out and in 2003 the first “on-off” is presented which takes the name of Ducati Multistrada; 2005 is the year of the Sport Classic series with the PaulSmart 1000LE and the Sport 1000 which will be followed by other interpretations. In 2006 the road replica of the MotoGP is presented -
the extreme DesmosediciRR - and, in 2007, the 1098 picks up the legacy left by the 999. The Hypermotard with which Ducati enters the world of street motards is also presented. To date, the name “Panigale” is Ducati's non plus ultra with versions equipped with both twin-cylinder and V4 engines; then we find the Diavel (in all its forms), the Scrambler, the timeless Monster, the Multistrada in different versions and the quieter and more touristic Supersport range. 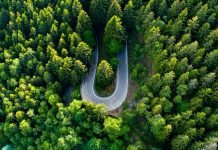 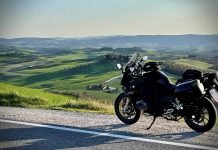 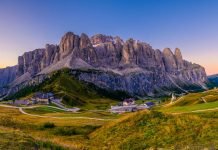