BMW Motorrad has always been synonymous with reliability, technology and a range particularly devoted to travel and driving comfort, such as the iconic R 1250 GS.

BMW represents a historic brand in the world of two and four wheels. Although the first motorcycles date back to 1923, the BMW Motorrad brand was formally born in 2007, from the spin off of the division dedicated to two wheels.

BMW (acronym for Bayerische Motoren Werke), is commonly referred to as "the House of the Helix", in fact the company began its business as a supplier of war equipment, developing aircraft engines during the First World War. The logo also incorporates the colors of the Bavarian flag.

In 1923 BMW started production of his own first bike, the famous R32, which brought to the debut a trademark that has survived to the present day: the boxer twin-cylinder engine. The progenitor of the "R" family, in fact, kept the style and the most important features unchanged until the end of the 60s, even if a turning point came in 1955: BMW completely renewed its range, with the new R50 and R60 touring models, respectively of 500 and 600 cc, while the sports version is called R69 and in fact continues the sporting path started by the R68, of which it has equal power with higher top speed.

The suspension system completely changes: the front mounts an Earles type fork - named after its creator - a suspension with triangular design that improves ride comfort. The swingarm is introduced at the rear, where the rear wheel pin is fixed to the end of the arm which, in turn, is hooked to the frame by means of an articulated joint. In 1988 BMW introduces another absolute novelty in the field of motorcycle: ABS. The new millennium marks the company's entry into the luxury touring motorcycle sector and, starting from 2008, also into the supersport segment thanks to the S 1000 RR with 4 HP in-line 193-cylinder engine destined to compete in the World Championship. Superbike.

The models that made history

Among the models that have marked the history of BMW we find the Helios of 1922, followed by the progenitor of the "R", the R32, powered by a 486 cc boxer capable of delivering 8.5 hp. The 70s are characterized by the most modern R75, R80G / S and the K series, with the futuristic K1 followed by the more commercial K100, up to, more recently, the R GS which, in its latest evolution, adopts the new 1250cc engine and, in the Adventure version, allows you to undertake itineraries dream. The mid-sized F 750 and 850 GS and the NineT, which inaugurated the heritage range, should not be overlooked. The historic BMW boxer has also given way to the quattro in line for the past 10 years thanks to the extremely sporty S1000RR available in the S1000R and S1000XR versions. 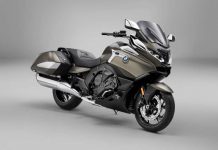 BMW Motorrad
The K 1600 GT in our test is the most refined and luxurious “GT” from BMW. Data sheet, price and impressions.
Load others 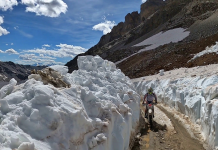 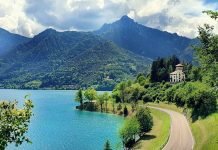